When I was in college, I frequented this little cake shop in the southside of Pittsburgh. Called "Grecianland," it was a marvel of various unusual spellings (a round eclair-type thing was called a "kok", and I'm pretty sure there was both a small version and a "big kok"). Almost without exception, the cakes in the expansive cold-case were "yogurt" cakes. Raspberry Yogurt Cake. Orange Yogurt Cake. Tiramisu Yogurt Cake. Chocolate Yogurt Cake. They looked like creamy cheesecakes. They were fancy, with filigree and dips, curls and fruit. One by one, my friends and I tried them all. Blackberry, espresso, mango. Double vanilla.

This was before I could bake. Before I could put together a box of macaroni and cheese without checking the instructions (six times). A nice meal was a can of Progresso French Onion Soup with toast and cheese. The cakes at Grecianland were otherworldly, and I depended on them. It never occurred to me they would cease to be, and it certainly never occurred to me that it would be difficult to find even a trace of their cultured existence, ten years on.

I return to Pittsburgh at least once a year. The yogurt cakes are gone. Baklava and cheesecakes fill today's Grecianland, and I'm not interested. The proper pronunciation of "kok" (coke) is posted. Every once in a while, I troll the internet, plugging in various word combos. Hoping someone's blogged the answer. Not even an online menu from the current restaurant.

So I'm baking an attempt. And drinking, to dull the let-down. 6 minutes to go. xox 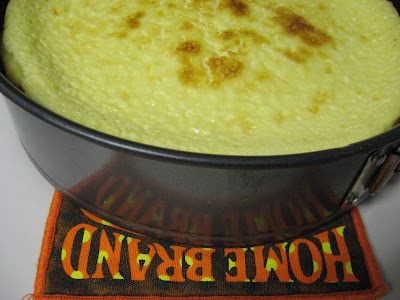