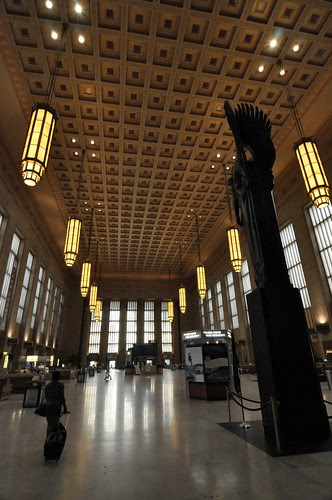 In my old city, I liked to sit in the train station. People rushed around, on their way to other neighborhoods, other cities, other states, even other countries. I sat cross-legged on the old wooden benches, their curves polished to glowing by decades of waiting bodies. I’d buy a cup of coffee and gaze at the impossibly high ceilings; the enormous bronze archangel cradling a soldier in his arms; the art deco light fixtures that look as if they’re a normal size, until you see them on the ground, slowly cranked down with winches to be cleaned, to have their bulbs changed. Then they’re shocking in their bigness, and lovely, their glass panes and bronze edges the facets of giant light-emitting jewels.

Often, I was waiting for a train. Sometimes it was late at night, the station more or less empty, announcements of departing and arriving trains echoing off the marble walls and floors. Maybe I’d just left, for the evening, a relationship that I didn’t really want, that was more a clue to something I wanted—something that had nothing to do with relationships. I’d stare around at the soaring space, feeling tiny and exhausted, filled with longing and yet somehow overwhelmed with joy at the way the building’s enormity underscored my own solidity, at the energy of people going places. The wooden bench anchored me; I could have sat there for hours.

But sometimes I would go to the station just to be there, anonymous in the busy crowd, but not alone. If I wanted to, I could buy a ticket, board a train, and be gone. There was freedom just in knowing that. More likely, I would choose a table amid the bakeries and food shops and schedule boards, the coffee stands and travelers and flower stalls, and I would write, just beginning to find my way on the page, just beginning to understand where the clue was leading me.

A soaring space with trains will inevitably leave you wanting to go. I left the city, and the station with it. There is nothing like it in my new city, in my new life, where I usually know what I want, where I am rarely anonymous, rarely tiny and exhausted.

Buying a train ticket doesn’t hold the same possibilities anymore. I crossed a bridge on my way out, and while I didn’t burn it, left unused, it decayed. If I visit, it’s by other routes—everything looks different. I can see a chasm where my bridge used to be, and the city hovers dreamlike on the far side, inaccessible, and I’m amazed that I was ever a part of it. I don’t want to return, really. But sometimes, just for a little while, I’d like to sit in that station, anonymous but not alone, and think of all the places I could go. 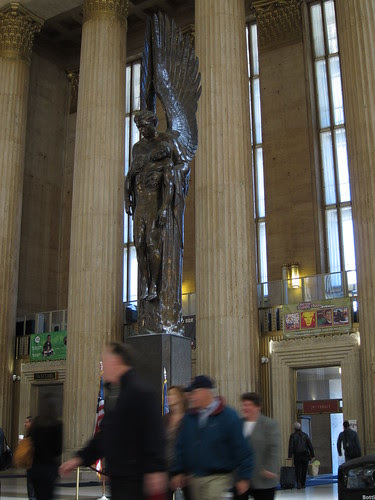 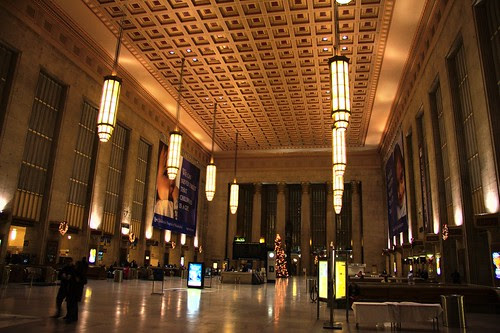